“Inspired by true events in Minamata, Japan, where the Chisso chemical factory poisoned residents by dumping mercury into the sea from 1932 to 1968, Andrew Levitas’ film shows Minamata through the eyes of the great photojournalist W. Eugene Smith and Aileen Smith, who move there to document the suffering and struggles of the victims in the early 1970s. The Smiths’ 1972 article and photographs in LIFE magazine and their 1975 book Minamata made the story known to the world. Minamata disease became the symbol of both the dark side of Japan’s high economic growth and of the rise of its environmental citizens movement, and demonstrated that toxins we dump in the environment end up in our bodies. ” (Asia NOW) 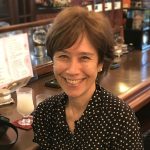 Photojournalism, environmental justice, the Japanese anti-nuclear power movement. What are the lessons learned and how can they be incorporated into meeting today’s challenges?